Can we really fix a screwed-up world? Rebecca Henderson thinks we can The most important book I’ve read in years is Rebecca Henderson’s Reimaging Capitalism in a World on Fire. It’s the right book for this moment during which we each tumble with both fear and hope.

She occasionally lets her deep caring show, but her style is pragmatic, almost matter of fact as she patiently leads readers along a journey. It’s a journey of discovery: here’s what works for big problems. Along that path, we run into obstacles. So, here’s how we overcome those obstacles, she explains. And then, making a positive difference, we run into the next set of obstacles. In the end, chock full of anecdotes and stories along the way, we see a realistic path to an economy and politics that actually work—for both people and places. No magic. No ideology. Just patience, integrity, intellectual rigor, and enough elbow grease to tackle difficult challenges.

Rebecca is a Harvard professor and advisor to some of the world’s leading companies. She’s super smart and a lovely person. Her last paragraphs made me cry. 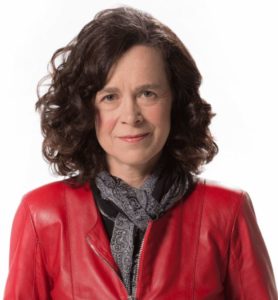 Rebecca Henderson is an economist at the Harvard Business School and author of Reimagining Capitalism in a World on Fire.

I’m going to summarize the plot line, but I hope that you don’t treat these as Cliff Notes and think you don’t need to read the book. You do need to read it. If so, you will be smarter yourself and more effective at whatever social change lies ahead for you.

Many companies are discovering that they can make money while serving public good. They create shared value. High road companies find that innovation and productivity blossom. Along with good reputation can come favor from investors and consumer appeal.

But doing the right thing is hard. It requires not just technological innovation, like buying renewable energy instead of coal energy. It requires what Rebecca calls “architectural innovation,” a rearrangement of functions and roles, including different contractual arrangements in supply chains. This sort of organizational change is hard to imagine and often fails. “Architectural innovation is difficult to see—and often hugely difficult to respond to—because in nearly every organization, most people spend the vast majority of their time paying attention to the piece of the puzzle they have been assigned.”

The motivation to see beyond one’s own performance objectives, imagine architectural innovations, and create shared value is organizational purpose. Rebecca quotes her friend Paul Pollman as saying, “Some people think greed is good. But over and over it’s proven that ultimately generosity is better.” Purpose makes it easier to take risks. Purpose also unleashes creativity, trust, and willingness to work well in teams.

Yet, although almost every company in the world has crafted a mission statement to put on the walls of corporate meeting rooms, every time a company’s numbers decline or a hostile buyout looms, bottom-line cost-cutting often trumps purpose. Quarterly earning targets hang over everyone’s heads. CEOs and CFOs frequently feel as if they have to sacrifice high-potential long-term investments to meet immediate numbers.

Fortunately, the tide is slowly shifting toward long-term thinking by asset managers. New metrics of success, including environmental, social, and governance measures, are creeping into the mainstream. More than $47 trillion worth of assets are now invested using some form of social responsibility criteria, and new standards correlate with long-term financial performance. Benefit Corporations are the leading edge, now even including a company the size of Danone.

But there are two problems with putting all our bets on socially responsible investors. One is that all firms might not attract such investors, and the second problem is that not all managers and boards can be trusted. Furthermore, even if every company adopted a purpose beyond profit, created shared value, and found committed investors, they still wouldn’t have everything needed to solve a changing climate and chronic inequality. Even the most promising corporate collaborations with environmental and social NGOs aren’t enough; witness the persistent challenge of deforestation in Indonesia and Malaysia despite more than 15 years of the palm oil roundtable and sustainability standards. Witness the dramatic collapse of progress that had slowed deforestation in the Amazon. Among businesses there always seem to be free-riders to torpedo agreements. Hence, “someone needs to be able to enforce cooperation.” Self-regulation doesn’t usually work by itself.

Rebecca opens her capstone chapter with this, “In the end, the issues central to reimagining capitalism can only be addressed by limiting the power of business.” “In a nutshell, markets require adult supervision” [by government]. And yes, she also goes on to explain that government’s powers must also be limited by accountability. Participatory government and free markets are both fragile. They are complements and need each other.

There’s more. All extremely well thought through, with powerful examples. She acknowledges that her readers might find it far-fetched to expect businesses to act with social purpose or governments to effectively influence business for the public good. We’ve all suffered from 50 years of (manipulated) pro-business, anti-government beliefs.

So, re-imagining and then re-creating an economy and politics with public purpose seems far-fetched. Rebecca Henderson reminds her readers that this re-creation is in fact doable. Her book is full of examples. Her stories are real stories, from people she knows. She’s a teacher, and it’s very clear that she wants each of us to get smarter and act accordingly.

She concludes the book with her own sense of purpose, “I can’t tell you that trying to solve the great problems of our time will make you either rich or famous—although it might. I can tell you that you will have wonderful companions for the journey, that you will feel both more hope and more despair than you expect, and that in the end you will die knowing that you have lived life to the full.”